「 I like the idea of working with a lesser material and making it look like a noble one. I want to give the impression that, in art, everything is possible.」 Born in Quebec, Laurence graduated from Concordia University with a degree in visual arts. Later, she started studying ceramics in LA, and eventually went to Russia for an artist residency. In all these places, she has grown and taken influences into her art styles. Even now, she never stopped exploring; in the past five years, Laurence has been in the American, European, and Asian continents, gaining both popularity and growth to her works. 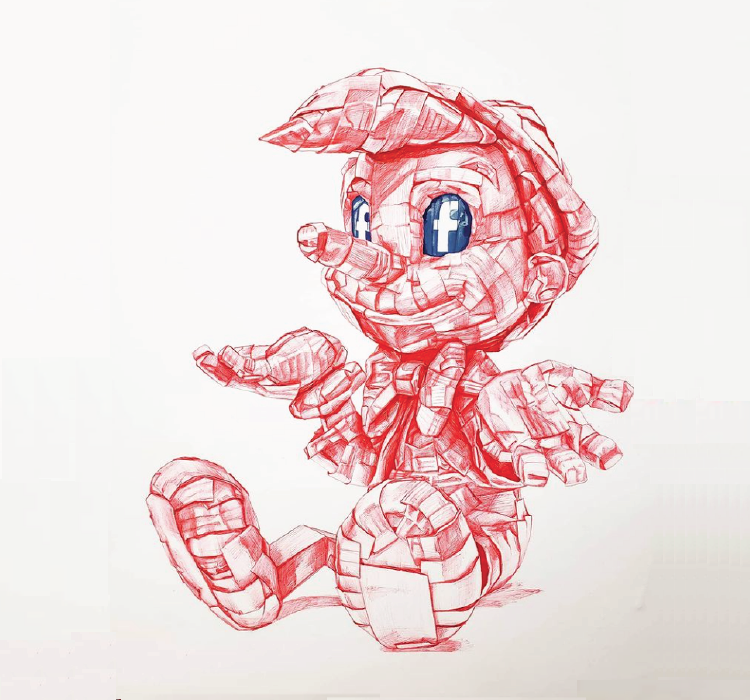 All the lying and deceiving on social media, shown to you with the combination of the two famous icons.

Laurence Vallières referred below as L

p/zzzz：What messages or ideas do you want to convey through your art? How do you choose the theme of your artwork?

L：I have many areas of interest in my work. What I am working on at the moment is the usage of cartoons and different beloved comics to put an emphasis on the impact of consumerism in our society. I use a common material (cardboard) to build those Iconic images that we are seeing all the time and juxtapose them with logos and symbols of the supply chain we rely so heavily on.

p/zzzz：With the outbreak of COVID-19, we are entering a whole new age. From your perspective, what role will the artworks play in the future? How do the artists cope during this pandemic?

L：I truly believe most artists are fine. The sad reality is that the person that buys art tends to be wealthy and Covid did not hurt wealthy people. On the contrary, the rich got richer and the poor, poorer. Artists still sell their work at the same frequency and maybe even better since their clients cannot travel anymore and has some spare time to order artwork online. 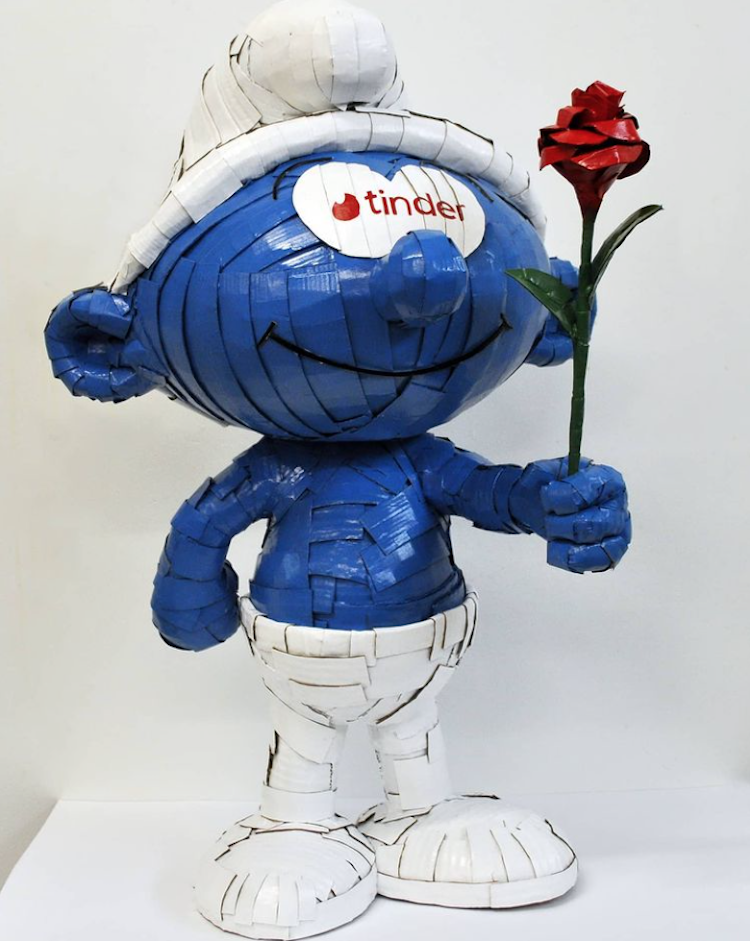 If you see this cute and romantic smurf on Tinder, do you swipe left or right?

p/zzzz: Growing up, what incidents or experiences have impressed you the most? Have these special  moments influenced your art creation?

L：When I was a kid, my grandmother gave me a bunch of clay to play with. She taught me how to make a face and paint it. I think that had a massive impact on me since, years later, as an adult, I studied ceramics at University. Ceramics is the ultimate sculpture material, it opened my world and made me the sculptor I am today.

My work is greatly inspired by literature from the authors George Orwell and Art Spiegelman. Their deft use of metaphor allowed them to critique an issue or philosophy without explicitly stating the target of their anger.  This use of metaphor gave their work the feel of a widely-circulated, savage inside joke.  Similarly, I create art that maintains both visual appeal and an understated sense of humour. 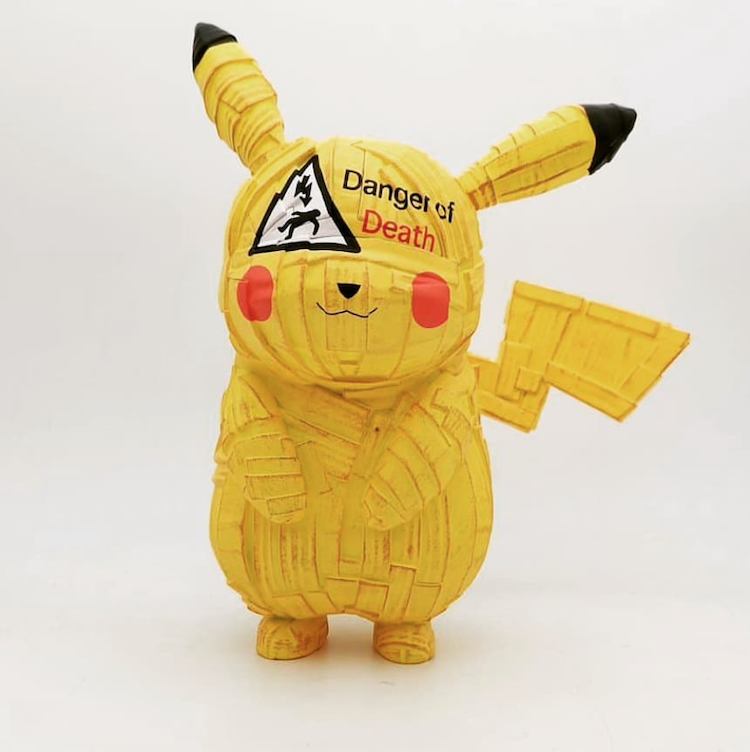 The common sign hinting the real power of Pikachu

p/zzzz：When a viewer does not know you at all, what kind of “first impression” would you hope to give?

L：I was told a few times that from afar, my sculptures appear to be made out of wood. I like this idea. I like the idea of work with a lesser material and make it look like a noble one. I want to give the impression that, in art, everything is possible.

p/zzzz：Tell me about your collaboration with INCEPTION. What do you regard as the most essential or beneficial throughout this collaboration

L: I believe Inception has access to Asia in a way I don’t, by myself. The sheer scale of Inception’s projects are also a determinant factor in my interest in them. The first project we made together was what made me want to do more, it was professional, well put together and well curated. 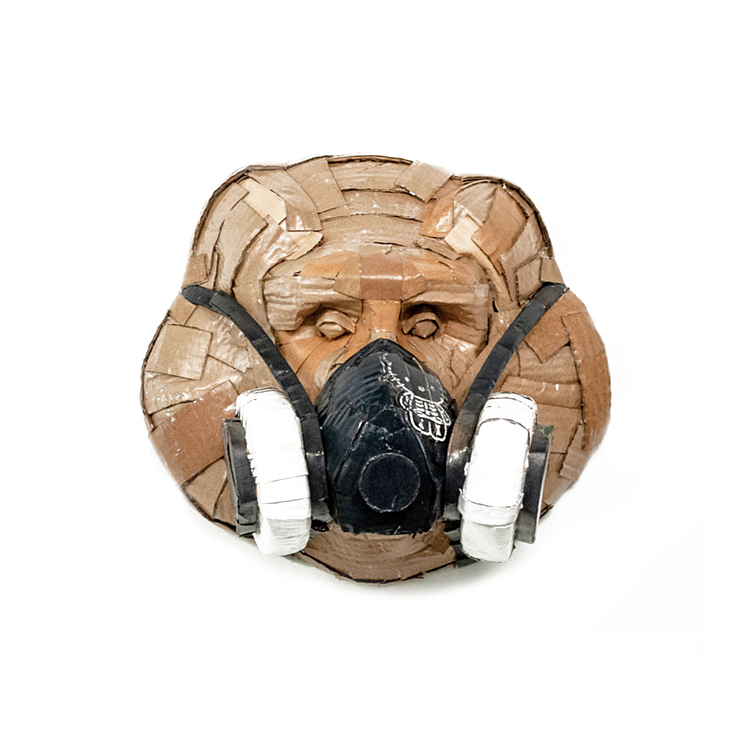